Price for the workshop: 5-25 euros optionally 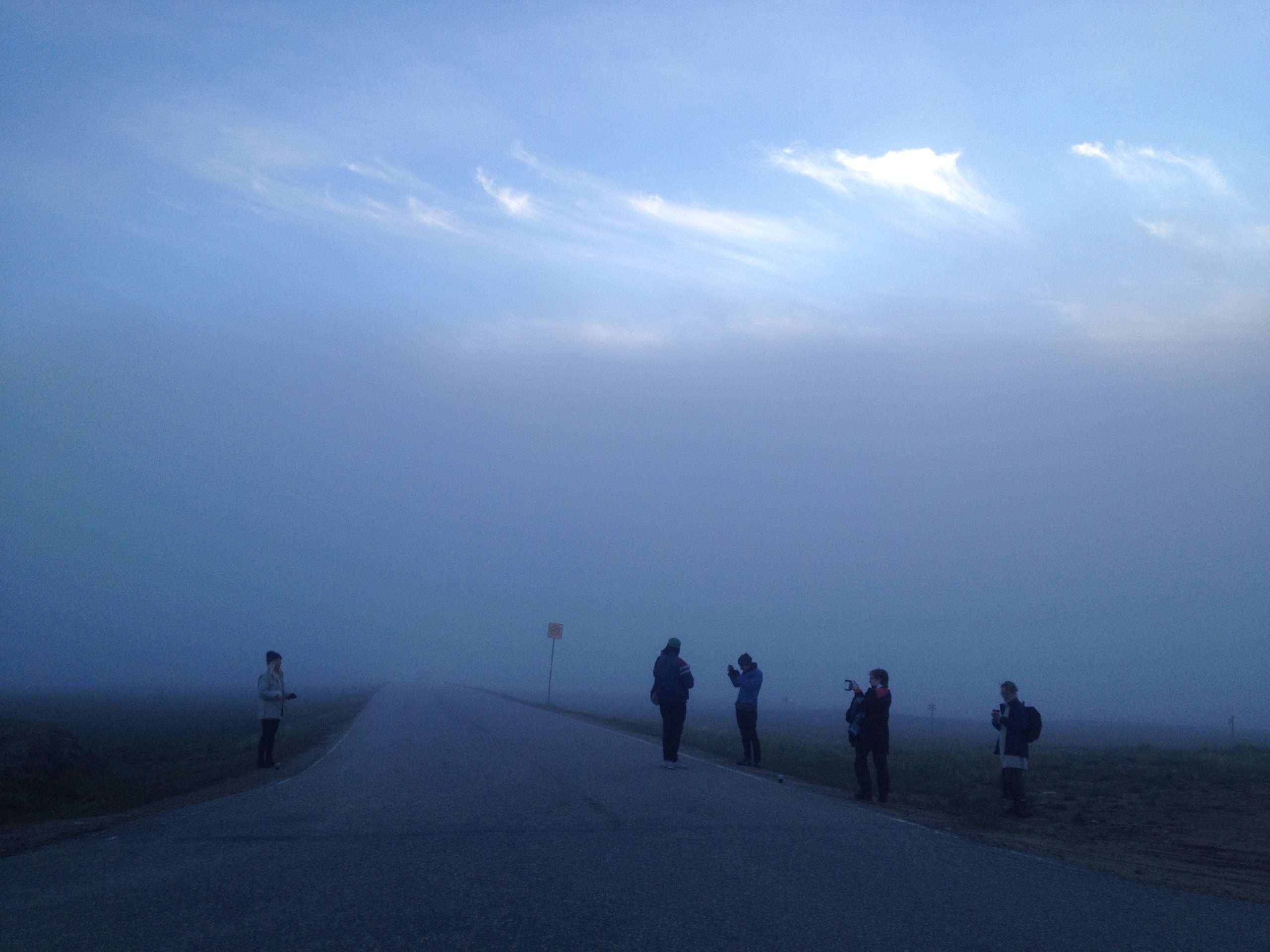 How could dance be written?
What would it mean for written dance to become sound?
How does the experience of listening to dance differ from that of remembering dance?

Field Recording Scores is a workshop that operates at the converging points of dance,
written scores, documentation and sound art. During the one-day workshop, participants are asked
to produce a short written score. The score will contain directions for a performance event, and for
the recording of the event in the form of sound. The scores will be performed and documented as
field recordings, either in the presence of an audience or in private, depending on the individual
wishes of the participants.

‘Field recording’ is a technique used in the creation of sound art, music, and various kinds of
archival and environmental recordings. At its simplest, field recording is a recording made outside
the confines of a recording studio. Since the 90s, the field recording has experienced a kind of
renaissance: the growing availability of recording equipment and a renewed appreciation for
recordings of natural environments has made the practice increasingly popular.
The ‘score’, in the context of this workshop, refers to the ‘event scores’ of the fluxus movement in
the 1960s and 70s – often a simple written direction for a performative action. This kind of
approach to the score will often leave the artist plenty of room for manoeuvre; there are as many
different ways of performing a score as there are people to interpret it.

Roy Boswell’s current developing practice combines field recordings with event scores. These are
scores for field recording, which may contain further directions for performance or other
autonomous actions. When the score calls for the documentation of an event in sound, a wide array
of possibilities opens up: The score implies the possibility of a performance, the action produces sound, and the recorded
audio of the performance becomes a trace of the original text. A simple recording without the
presence of its maker can be the starting point for a new dance, a new written work, a new
recording. The elements – sound, dance, text – may be repurposed and recycled in endless
formations.

The aim of this workshop is not necessarily to create new complete artworks, but rather to offer
participants new perspectives and tools for their future work, and to initiate conversation about the
documenting and writing of choreography and dance.

Participants to the workshop are asked to bring their own preferred tools for writing and a device
suitable for audio recording – a dictaphone or even your smartphone will do just fine. Please also
bring comfortable clothes appropriate to your way of movement and something warm in case we go
outside. Workshop language: Finnish/ English.

Roy Boswell is a half-Finnish, half-British artist from Helsinki. His multi-disciplinary body of work
is made up mostly of time-based forms: performance, audio drama, sound art, text, and some
ceramics too. He also has over ten years of experience as a sound dramatist and sound/spatial
designer for contemporary performance, dance and theatre. His work has been shown in many
places and contexts in addition to his native Finland; in Germany, the UK and Kurdistan, to name a
few. His most recent projects were about the relationship between sea life and the evolutionary
development of languages (‘Alphabet’, 2019), and the creation of imaginary audio spaces through
speech (‘Rules for listening’, 2019). A common thread in much of his work is a tendency to
archivism; he uses art as a meticulous preservation of ideas, imagination and lived experiences.