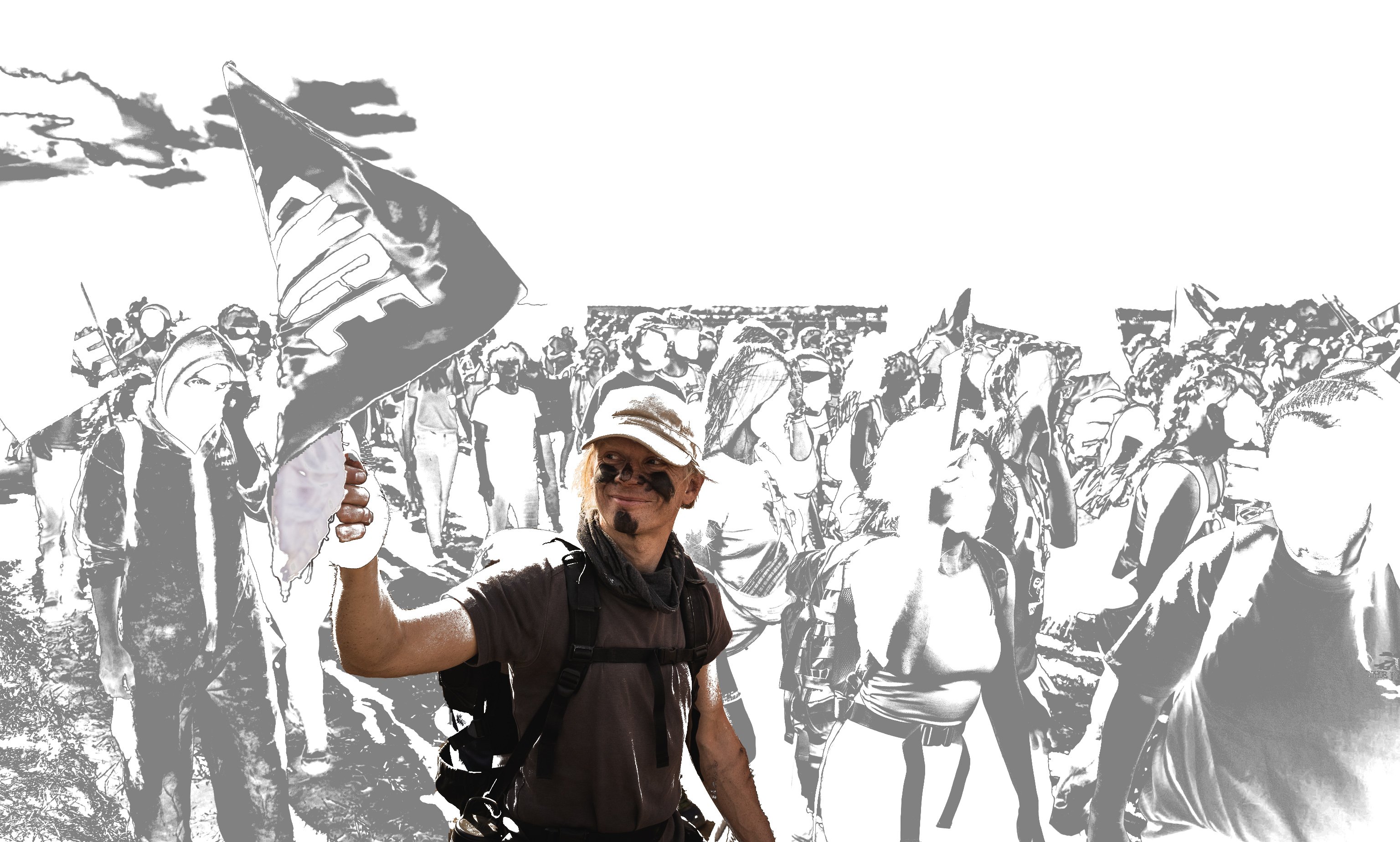 Nicht Hamburg is a performance about political protest. It is a personal account on the possibilities for, and the impossibility of political
participation. It is a question about the sensibility and meaning of protest, resistance and action, and about the absurdity of inaction. It is no pamflet nor manifest, but an attempt at seeing and doing. It is desperation, hope, fury, and struggle against an unresponsive world.

Nicht Hamburg is a solo performance by Akseli Aittomäki. It is based on personal experiences from participation in political protest and direct
action. The process started from a text written immediately after the protests against G20 Summit in Hamburg, and from sound recordings made during direct action against lignite mining by Ende Gelände network. The performance is a corporeal study on the experience of protesting.

We rome the streets of the city
we sit on railroad tracks, run down allies, run over fields
we stand on the edge of a pit the size of a town
people run past me and get shot by watercannon
most of all it is waiting, organising and nothing seems to happen
Will you leave voluntarily?
No, I was thinking of sitting here.

Performed in Finnish and English. There is a talk with the artist after
every performance. (According to need, either in English or Finnish.)

Nicht Hamburg is a part of massescape, an artistic programm directed by Akseli Aittomäki. massescape has been a part of the artistic concept of Höyhentämö – Pluckhouse since 2013. Its original aim was to study sensation and corporeal experience as part of social structure. The aim was pursued is several series of performance works that combined physical performance and philosophical contemplation. Nicht Hamburg is a product of current and on-going political struggles, and the physical experiences produced by them.